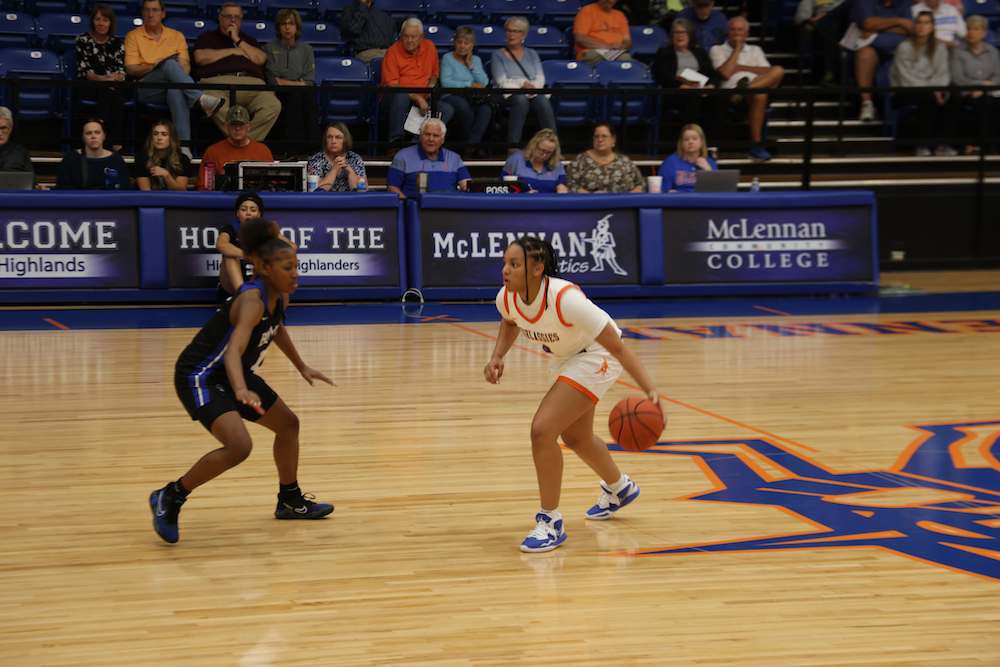 No. 8 McLennan Highlassies Roll Over Midland

The McLennan Highlassies basketball team defeated the Midland Chaparrals 67-41, thanks in part to their strong 3-point shooting performance. The Highlassies made 10 3-pointers in the game, while Midland only made one.

The McLennan Highlassies basketball team had a strong outing against the Midland Chaparrals, winning by a score of 67-41. Long-range shooting was a key part of the victory, as the Highlassies hit 10 3-pointers in the game. Midland, on the other hand, only made one 3-pointer out of 15 attempts.

The Highlassies took control of the game early on and never looked back. They outscored the Lady Chaps in every quarter, with a particularly strong second quarter performance that saw them outscore Midland 9-3. McLennan also had a strong third quarter, with an 10-0 run that extended their lead to 22 points.

Leading the way for the Highlassies was Chelsea Wooten, who scored 17 points and hit five 3-pointers. Miannah Little added 13 points, and Saneea Bevley scored 11 for McLennan. The bench also got some valuable playing time in the fourth quarter, with Kennedi Rowland scoring six points. Overall, it was a strong performance for the No. 8 ranked Highlassies.