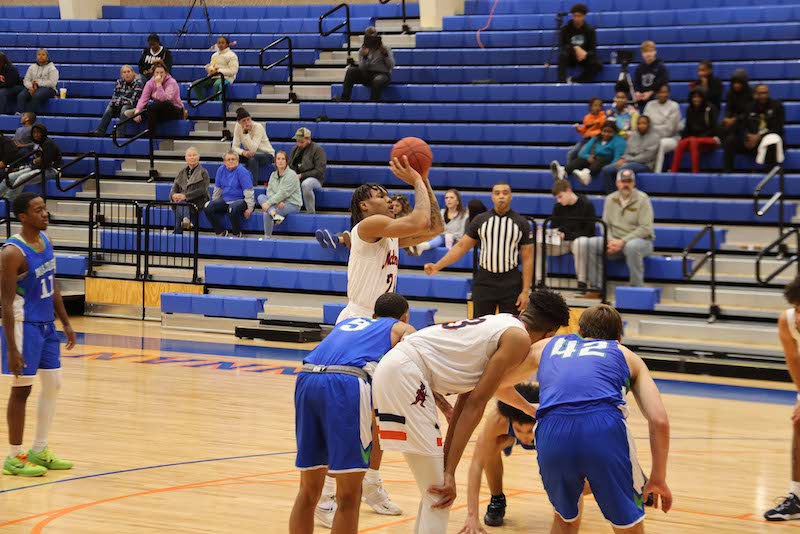 The McLennan Highlanders Win 66-60 Over LSU-Eunice in Eunice, Louisiana

The McLennan Highlanders earned a 66-60 victory over the LSU-Eunice Bengals on the road in Eunice, Louisiana. AJ Barnes led the Highlanders with a double-double, scoring 20 points and grabbing 12 rebounds, while Omarion Smith added a double-double of his own with 15 points and 16 rebounds.

The McLennan Highlanders earned a 66-60 win over the LSU-Eunice Bengals on the road in Eunice, Louisiana. The Bengals built a 10-point lead early on, but the Highlanders found their rhythm and pulled away in the final seven minutes of the first half to take a 35-20 lead into halftime.

The second half saw both teams trading runs. The Bengals pulled within seven points at 41-34 with just over 16 minutes remaining, but the Highlanders quickly extended their lead back to double figures and held off LSU-Eunice for the next 10 minutes. The Bengals made a late rally, pulling within two points with 20 seconds left to play, but the Highlanders hit their free throws down the stretch to secure the win.

AJ Barnes led McLennan with a double-double, scoring 20 points and grabbing 12 rebounds. Omarion Smith also recorded a double-double with 15 points and 16 rebounds, and CJ Hall scored 13 points. The victory closed out the non-conference portion of the Highlander's schedule.