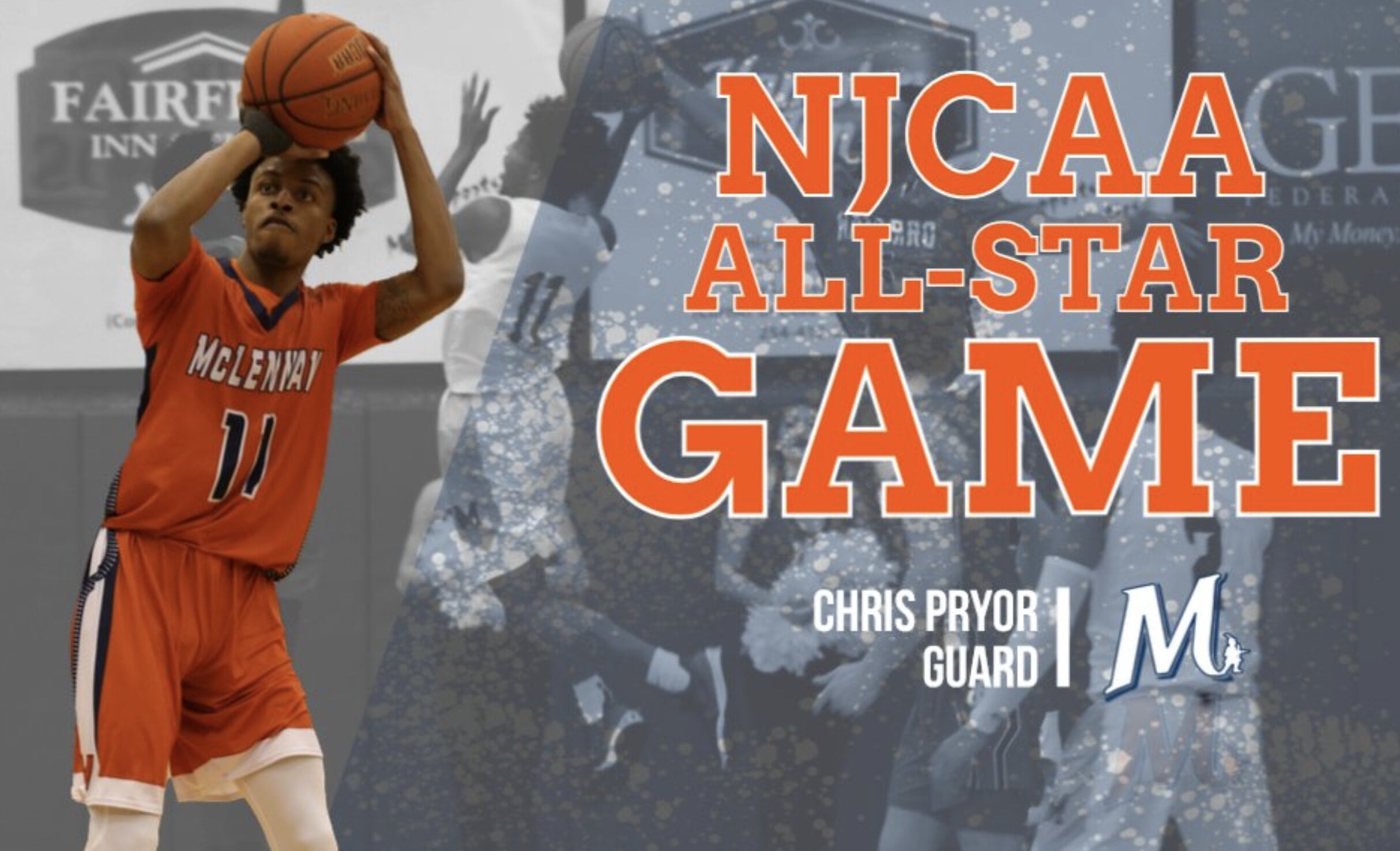 McLennan point guard Chris Pryor is one of 24 players from across the nation selected to participate in the NJCAA Men's Basketball Coaches Association All-Star Weekend May 13-15 in Las Vegas. Pryor will join 11 other NJCAA Division I players in the All-Star Game May 14 against 12 players from NJCAA Divisions II & III at the Orleans Arena.The sophomore from DeSoto was named the NTJCAC Player of the Year, a first-team all-conference selection, an all-region selection and an NJCAA All-American Second Team selection. He was the leading scorer for the Highlanders, averaging 12.3 points per game, and also led the squad with 3.8 assists and 1.4 steals per game. He has signed with Lamar University.Pryor is the fourth McLennan player selected as an All-Star. Previous Highlander participants include Wayne Langston, Shannon Bogues and Jashawn Talton.